Tourism revenues are a measure of the economic impact of tourism. They include all tourism-related spending within Nova Scotia by non-resident visitors and Nova Scotians travelling within the province, in categories such as accommodations, transportation, food and beverage, cultural services, recreation and entertainment, and travel agency and other reservation services. 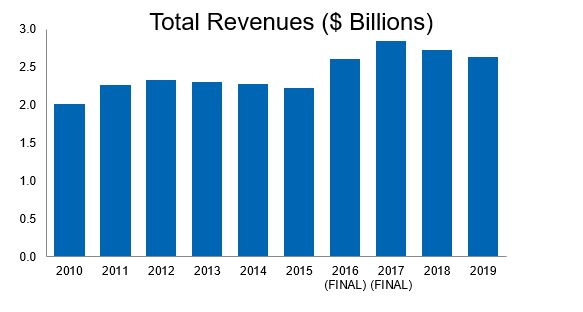 The preliminary estimate of tourism revenues for 2019 is $2.64 billion, a decline of 3.3% compared with updated estimates for 2018 of $2.73 billion. The decline in tourism revenues is reflective of the decline in non-resident visitation to Nova Scotia in 2019. Three external events contributed to the decline: 1) the grounding of the Boeing MAX aircraft resulted in a significant decline in air capacity from overseas markets, as well as a decline in domestic air capacity; 2) the Maine-Nova Scotia ferry did not operate in 2019; and 3) Hurricane Dorian contributed to a significant decline in visitation in September 2019. 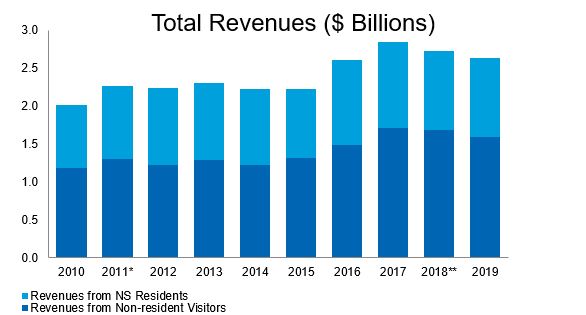 Notes:
*2011: The Travel Survey of Residents of Canada was updated in 2011. Tourism revenues generated by Nova Scotians are affected by the updated survey, and should not be compared with earlier years. Tourism revenues from non-residents are not affected.

**2018: Statistics Canada introduced two new travel surveys in 2018, the National Travel Survey and the Visitor Travel Survey. Tourism revenues generated by Nova Scotians are affected by the updated surveys and should not be compared to earlier years.

Breakdown of 2019 Tourism Revenues by Category 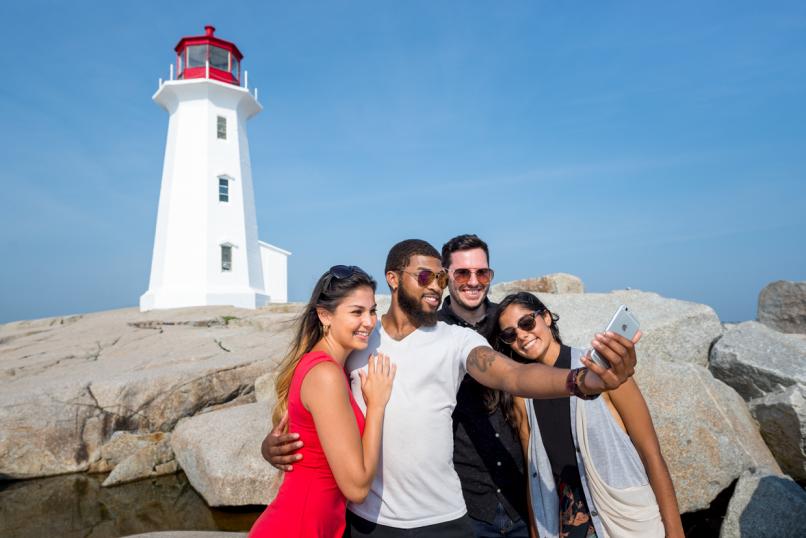 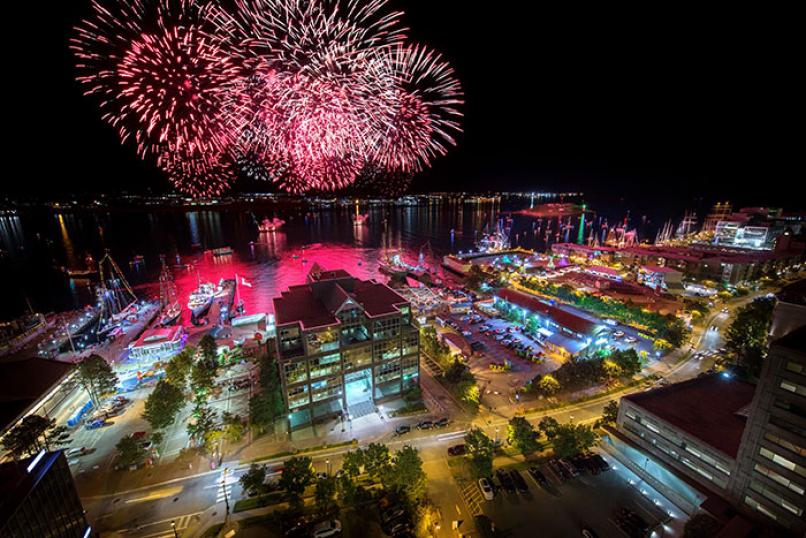 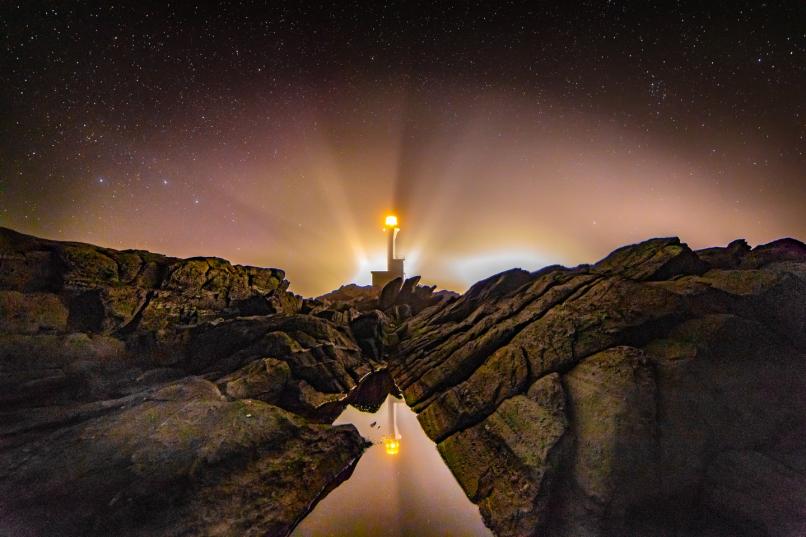